Sam I Am – Thinking Lightly of God

(Message 2) Do you think lightly of God? Do you use His name as a curse word (O.M.G!) or your standing as a Christian or minister to profit off others? God has strong words for people who do this and today’s message is a cautionary tale. Join us in our series and next message, “Sam I Am – Thinking Lightly of God.” #GCSamIAm

God is great and greatly to be praised!

“I will honor those who honor me, and I will despise those who think lightly of me.”
-1 Samuel 2:30b

12 Now the sons of Eli were scoundrels who had no respect for the Lord 13 or for their duties as priests. 13 or for their duties as priests.Whenever anyone offered a sacrifice, Eli’s sons would send over a servant with a three-pronged fork. While the meat of the sacrificed animal was still boiling, 14 the servant would stick the fork into the pot and demand that whatever it brought up be given to Eli’s sons. All the Israelites who came to worship at Shiloh were treated this way. 15 Sometimes the servant would come even before the animal’s fat had been burned on the altar. He would demand raw meat before it had been boiled so that it could be used for roasting. 16 The man offering the sacrifice might reply, “Take as much as you want, but the fat must be burned first.” Then the servant would demand, “No, give it to me now, or I’ll take it by force.” 17 So the sin of these young men was very serious in the Lord’s sight, for they treated the Lord’s offerings with contempt.

18 But Samuel, though he was only a boy, served the Lord. He wore a linen garment like that of a priest. 19 Each year his mother made a small coat for him and brought it to him when she came with her husband for the sacrifice. 20 Before they returned home, Eli would bless Elkanah and his wife and say, “May the Lord give you other children to take the place of this one she gave to the Lord.” 21 And the Lord blessed Hannah, and she conceived and gave birth to three sons and two daughters. Meanwhile, Samuel grew up in the presence of the Lord.

27 One day a man of God came to Eli and gave him this message from the Lord:have been praying out of great anguish and sorrow.” “I revealed myself to your ancestors when they were Pharaoh’s slaves in Egypt. 28 I chose your ancestor Aaron from among all the tribes of Israel to be my priest, to offer sacrifices on my altar, to burn incense, and to wear the priestly vest as he served me. And I assigned the sacrificial offerings to you priests. 29 So why do you scorn my sacrifices and offerings? Why do you give your sons more honor than you give me—for you and they have become fat from the best offerings of my people Israel!30 “Therefore, the Lord, the God of Israel, says: I promised that your branch of the tribe of Levi would always be my priests. But I will honor those who honor me, and I will despise those who think lightly of me. 31 The time is coming when I will put an end to your family, so it will no longer serve as my priests. All the members of your family will die before their time. None will reach old age.  34 And to prove that what I have said will come true, I will cause your two sons, Hophni and Phinehas, to die on the same day!. 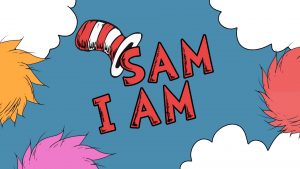