The Untold Story – In The Beginning…

(Message 1) “In the beginning…”, how would you end this phrase? John starts his story of Jesus’ life by ending this phrase a bit differently than you might expect, “In the beginning… was the Word, and the Word was with God, and the Word was God.” Why does he do this? Well, let’s just say it’s deep. Find out how deep in our message, “The Untold Story – In The Beginning…” #GCTheUntoldStory

The Gospels settle arguments about Jesus:

Jesus is God: John wrote his gospel to prove it

“Logos” – Reason; the mental faculty of thinking, planning, and calculating
“Zoe” – Life of absolute fullness, both physical and spiritual; life eternal
“Phos” – Knowledge of moral and spiritual truth, and the purity associated with it

Why a dove? The dove shows:

John 1:1-18 (NLT)
1 In the beginning the Word already existed. The Word was with God, and the Word was God. 2 He existed in the beginning with God. 3 God created everything through him, and nothing was created except through him. 4 The Word gave life to everything that was created, and his life brought light to everyone. 5 The light shines in the darkness, and the darkness can never extinguish it. 6 God sent a man, John the Baptist, 7 to tell about the light so that everyone might believe because of his testimony. 8 John himself was not the light; he was simply a witness to tell about the light. 9 The one who is the true light, who gives light to everyone, was coming into the world. 10 He came into the very world he created, but the world didn’t recognize him. 11 He came to his own people, and even they rejected him. 12 But to all who believed him and accepted him, he gave the right to become children of God. 13 They are reborn—not with a physical birth resulting from human passion or plan, but a birth that comes from God. 14 So the Word became human and made his home among us. He was full of unfailing love and faithfulness. And we have seen his glory, the glory of the Father’s one and only Son. 15 John testified about him when he shouted to the crowds, “This is the one I was talking about when I said, ‘Someone is coming after me who is far greater than I am, for he existed long before me.’” 16 From his abundance we have all received one gracious blessing after another. 17 For the law was given through Moses, but God’s unfailing love and faithfulness came through Jesus Christ. 18 No one has ever seen God. But the unique One, who is himself God, is near to the Father’s heart. He has revealed God to us.

John 1:29-34 (NLT)
29 The next day John saw Jesus coming toward him and said, “Look! The Lamb of God who takes away the sin of the world! 30 He is the one I was talking about when I said, ‘A man is coming after me who is far greater than I am, for he existed long before me.’ 31 I did not recognize him as the Messiah, but I have been baptizing with water so that he might be revealed to Israel.” 32 Then John testified, “I saw the Holy Spirit descending like a dove from heaven and resting upon him. 33 I didn’t know he was the one, but when God sent me to baptize with water, he told me, ‘The one on whom you see the Spirit descend and rest is the one who will baptize with the Holy Spirit.’ 34 I saw this happen to Jesus, so I testify that he is the Chosen One of God. ”

John 1:51 (NLT)
51 Then he said, “I tell you the truth, you will all see heaven open and the angels of God going up and down on the Son of Man, the one who is the stairway between heaven and earth. ” 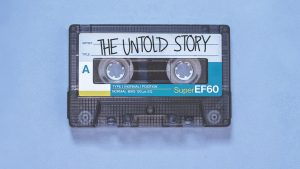