You’ve Lost it. Get it Back. Restoring Obedience. 30 Oct

(Message 6) Do you listen to God? Do you do good things for Him? Great! Did you know that it’s possible to listen to and do good things for God without actually obeying Him? One example of this is baptism. Jesus commanded that it be done after we place our faith in Him, and yet so many believers have not been baptized after placing their faith in Christ. Maybe it’s time you stepped forward in obedience and were baptized! Join us for, “You’ve Lost it. Get it Back. Restoring Obedience.” What#GCGetItBack

It is possible to listen to God, yet still, be disobedient to God.

It is possible to do good things for God, yet still, be disobedient to God.

“We say No to good to say Yes to great!”

Acts 2:38
“Repent and be baptized, every one of you, in the name of Jesus Christ for the forgiveness of your sins.”

9 Saul and his men spared Agag’s life and kept the best of the sheep and goats, the cattle, the fat calves, and the lambs-everything, in fact, that appealed to them. They destroyed only what was worthless or of poor quality.

10 Then the Lord said to Samuel, 11 “I am sorry that I ever made Saul king, for he has not been loyal to me and has refused to obey my command.”

12 Early the next morning Samuel went to find Saul. Someone told him, “Saul went to the town of Carmel to set up a monument to himself; then he went on to Gilgal.” 13 When Samuel finally found him, Saul greeted him cheerfully. “May the Lord bless you,” he said. “I have carried out the Lord ‘s command!” 14 “Then what is all the bleating of sheep and goats and the lowing of cattle I hear?” Samuel demanded. 15 “It’s true that the army spared the best of the sheep, goats, and cattle,” Saul admitted. “But they are going to sacrifice them to the Lord your God. We have destroyed everything else.”

22 But Samuel replied, “What is more pleasing to the Lord : your burnt offerings and sacrifices or your obedience to his voice? Listen! Obedience is better than sacrifice, and submission is better than offering the fat of rams.

38 Peter replied, “Each of you must repent of your sins and turn to God, and be baptized in the name of Jesus Christ for the forgiveness of your sins. Then you will receive the gift of the Holy Spirit.

Start sharing. These questions are to help get your group thinking and to create openness. 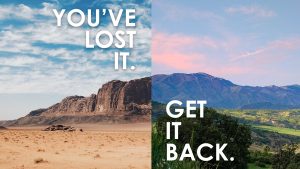